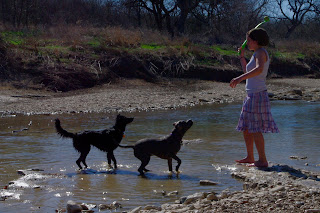 The shelter identified Ondine as a border collie, but she's much longer and leaner than most borders. That's not unusual - border collies were never bred for conformity. But there's a new breed of dog called the "silken windhound," which apparently started in Austin as a cross between a whippet and a borzoi (and which surely takes the cake for pretentious-sounding made-up breed names). The pictures I've seen lead me to believe Ondine could be one of those, or at least have one in her background - she has the same long legs, skinny waist and deep chest, and she has that cool Borzoi explosion of curly hair on her hips. I dunno. It doesn't really matter, but it's an interesting theory. 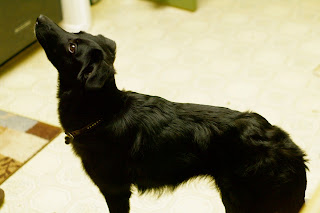 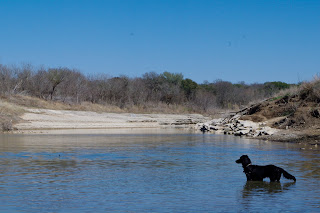